Bat In Nightmare is not exactly a Batman game, actually it has nothing to do with our beloved superhero.
Date added:
2016-03-19
Plays:
194
Tags:
bat  flying
Rating:

Bat In Nightmare is not exactly a Batman game, actually it has nothing to do with our beloved superhero. It's about bat though and we now that the Bat-man took a shape of a bat as his trade mark. So it's kinda related to him and it's nice game so I decided to give it a try. 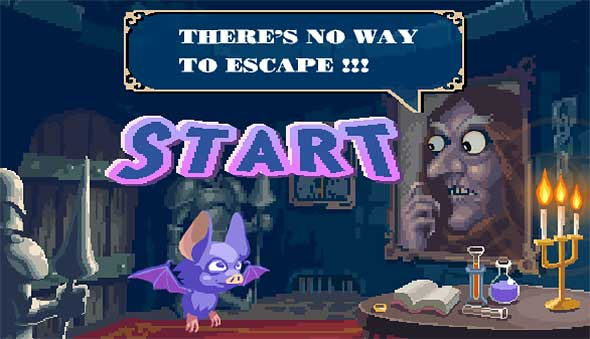 Regarding the gameplay, you play as a little bat who's trying to escape from the castle. To do so, it must reach the terrace at the top most floor. The bat has 8 lives, which might seem more than enough at first, but you will soon realize that it's still hard to cope with all the monster despite having so many lives.

On your way out you will confront ghosts, fire balls shooting from the sides randomly, big sharp rotating axes, and finally you will be swarmed by a bunch of little devils throwing spears at you. Each time you get hit, one heart pops up until you loose them all and die.

After several tryouts, I've managed to get to the top and basically win this game. After that, nothing happens. There's only one level and your only option is to hit the replay button after you finish it. 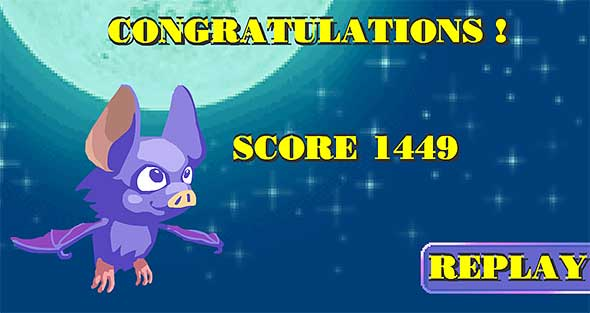 The Joker's Escape
Sometimes, as Batman fans, we spend all our energy on the bat. We forget that, sometimes, Villains need love, …

Fatman Batman
Starring an overweight Batman-wannabe, this is a clever and inventive take on the physics-based platformer. In…

Batman Zombie Smasher - W…
Zombie outbreak is one of the most terrifying disasters one can experience, but not for Bat-man. He ain't afra…

Lego DC Mighty Micros - D…
Mighty Micros is a Batman toy series and this is a game made after it, probably for promotional purposes. Any…