Batman is living his worst nightmare - Catwoman has stolen his precious utility belt. Without it he is lost and he must do anything to get it back.

This is Gamez Hero game and it won't play unless embedded, hence all these ads showing at startup which btw you may freely ignore or even better skip if or when possible. Sorry about that, I really couldn't do nothing about it.

Now, the good part - the gameplay. Story goes exactly like this: There once was a cat who run into bat. They fought and they had a big fall. The cat fell on her feet as cats always do right? .. And she found herself a treat (she stole Batman's utility belt). And now ... The Bat has no power at all! 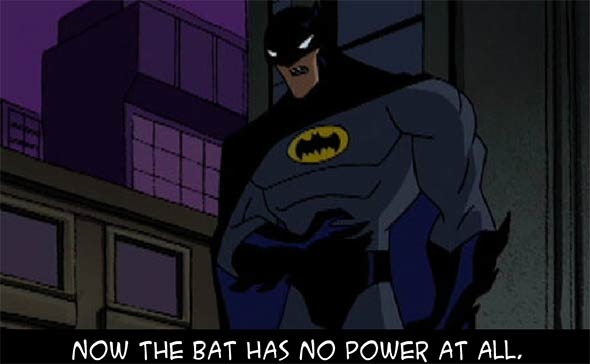 The goal of the game is to help Batman recover his utility belt. As you know Batman is not like other superheros, like Hulk or Spiderman, as he has no real superpowers, unless you count in his super intelligence. Therefore, without all his little gadgets and especially without utility belt, Batman stands no chance in fighting enemies, which is bad, because that would leave Gotham City wide open to all kinds of criminals.

There she is, at the roof top, laughing at Batman who's trying to sneak by the robot-lion. 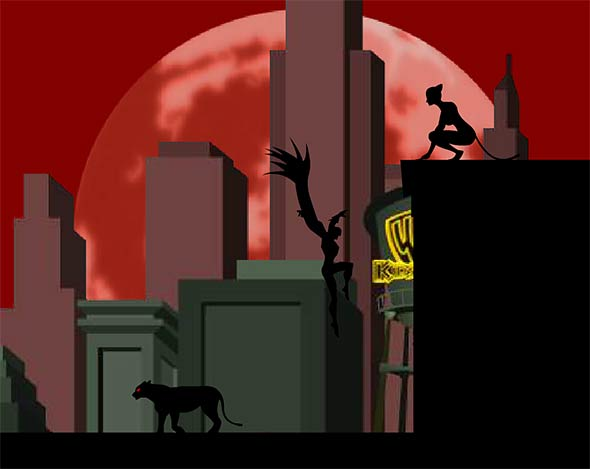 As no crime is perfect, neither this one is, so Batman finds a whole bunch of bat-receivers Catwoman keeps dropping behind leaving good trail for the greatest detective. Most of the game you will be playing as Batman's dark silhouette, jumping on and off the rooftops, until you face the army of Catwoman's lion guardians, skilled and programmed to protect her at all cost. Finding a good jumping position while on the run is insanely hard, so you should expect to experience lot of failings and a lot of replays.

Cobblebot Caper - Street …
There's been a bank robbery in Gotham City, so Batman received a sudden cry for help. The police can't do much…

Batman Ice Age
Winter's not just coming, it's already here in Batman Ice Age! Out of the blue, the streets of Gotham have fro…

Batman The Tumbler Ride
Get behind the wheel of some of Batman's iconic vehicles, including the Batmobile, Batcopter and even the Batc…

Batman Stunts
Practice your riding skills with Batman Stunts, a thrill-packed side-scrolling action game. The goal is to rac…